Hamilton gets a $200 Million Facelift 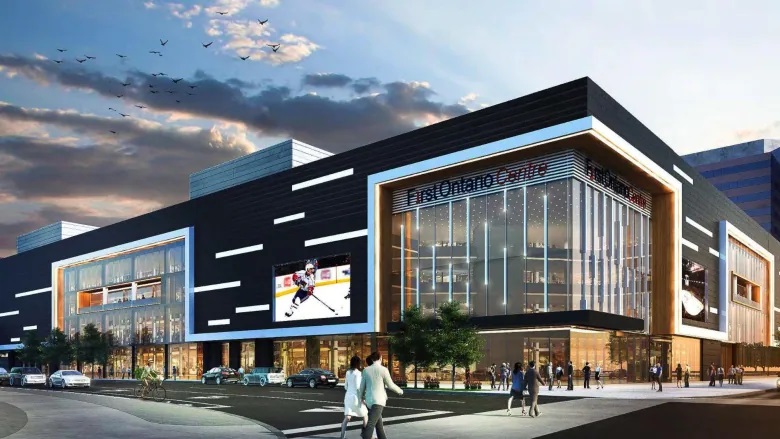 Downtown Hamilton is getting a face lift to go with its vital new role in the life of the city. Hamilton City Council has signed an agreement with a consortium of entrepreneurs and a major construction union to take over the operation of the city's principal entertainment and culture buildings. The consortium plans to spend $200 million giving the three cultural buildings a new look. And it will absorb their maintenance costs, saving Hamilton about $155 million over the next 30 years, according to a study by Ernst & Young. The consortium is composed of Fengate Capital, Meridian Credit Union, Paletta Group, Carmen's Group and LiUNA, the International Labourer's Union of North America. The consortium is called The Precinct Group, said P.J. Mercanti in an interview with the Land Economist Journal. Mercanti is CEO at Carmen's Group, a long established hospitality firm in the Hamilton City Centre. He said the Precinct Group's mission is to honour and enrich the communities they build in with thoughtfully designed arts, entertainment, sports, residential, commercial and mixed -use properties.

The Precinct Group’s proposed $50M renovation of FirstOntario Centre – home of the Hamilton Bulldogs of the Ontario Hockey League - includes a new building exterior, comprehensive trans-formation of the lower bowl, expanded concourse level, and a new flexible and attractive curtaining system for the upper bowl balcony. Fans will have access to premium amenities like a microbrewery, suites, and hospitality clubs, plus yearround access to the experience through street-level hospitality activations on York Boulevard and Bay Street. The management of the transformed arena will pursue global partnerships to supply top touring artists and live events in the facility. The group plans more than $16M in capital upgrades to the existing Hamilton Convention Centre, FirstOntario Concert Hall, and Art Gallery of Hamilton, which share a block in downtown Hamilton. It also proposes an estimated $340.5M in auxiliary mixed-use development including affordable housing to share the downtown neighbourhood with the entertainment venues. LiUNA has 100,000 members in construction, waste management, show service workers and health care. In 2000 LiUNA bought the 70-year-old CN Rail Station on James Street and converted it into one of Hamilton's most elaborate banquet halls. The Station is a national historic site. Outside the building, there's a life-size bronze statue of the late Italian novelist and politician Leonardo Sciascia walking down a sidewalk smoking a cigarette. There's a similar statue of Sciascia walking along a downtown street in Hamilton's twin city – Racalmuto, in Italy.

Read the full Issue See all our Journals